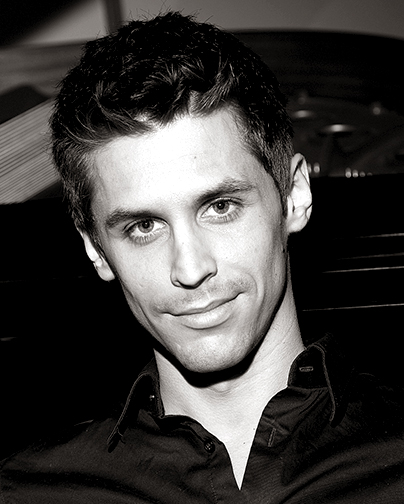 Austrian Pianist Patrick Lechner studied in Salzburg, Munich and Vienna. Among his teachers were Karl-Heinz Kämmerling, Thomas Böckheler and Awadagin Pratt. He holds a Doctoral degree from Cincinnati College-Conservatory of Music, where he received a full scholarship. He worked extensively with Zoltan Kocsis, Mikhail Voskressensky, Emanuel Ax, Michel Béroff, Philippe Entremont, Richard Goode and Peter Feuchtwanger, and participated in the selective International Piano Academy of Sergei Babayan in Cleveland and the Beethoven-masterclass of the Wilhelm-Kempff-Stiftung in Positano with John O' Conor.

He is a prize winner in several international competitions, the Joseph-Dichler Competition in Vienna/Austria, the Chopin International Piano Competition in Hartford/USA, the Münchner Klavierpodium in Munich/Germany, the Concerto Competition in Cincinnati/USA. In addition, he won the Bösendorfer Scholarship of the Austrian Music Universities and the "Great Steinway Prize" in Munich.

Lechner is a sought-after pedagogue and was appointed professor at the Tyrolean State Conservatory, the Yeungnam University in South Korea, Hunan First Normal University and Chengdu University in China. His students won several top awards at the competitions “Jugend musiziert” and “Prima la musica” in Austria and Germany, and continue their studies at prestigious institutes such as the Juilliard School in New York and the University Mozarteum Salzburg.